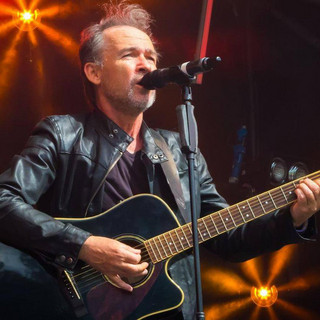 Owen Paul, the Scottish singer, producer and co-writer of the 1986 UK and European smash summer hit "My Favourite Waste of Time" has done many things in the twenty or so years since he first came to musical prominence. He has played a leading role in a major musical theatre production, toured the UK and Europe with Phil Collins as one of ' Mike & The Mechanics ' as well as being their vocal arranger on their last album ' Rewired ', and Owen has even been harassed by Sharon and Ozzy Osbourne in the infamous " noisy neighbours " episode on MTV's record breaking show ' The Osbournes '.

Owen Paul has been mentioned in our news coverage

EDDIE HALLIWELL FIRE IT UP @ DIGITAL NEWCASTLE THIS FRIDAY

Below is a sample playlists for Owen Paul taken from spotify.

Do you promote/manage Owen Paul? Login to our free Promotion Centre to update these details.