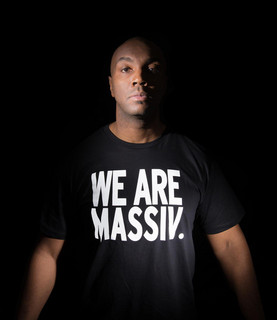 Born and bred in the Steel City of Sheffield, UK, Oris Jay has been at the forefront of the UK’s underground sound for the past 15-years+. As one of the original member’s of the eponymous FWD>> nightclub that launched in 2001, Oris’s journey first started at the birth of the hugely influential Sheffield ‘bleep and bass’ sound of the late 80′s/early 90′s. A sound that’s been a prominent feature throughout his career as a DJ and producer, it was in these early years that he would find the creativity to push the boundaries of producing dark-side garage to eventually lay down the blueprint of what’s now titled dubstep.

Regarded as one of the forefathers of the scene, it’s with great anticipation and huge excitement that after all these years of cutting personal dub plates and releasing 12′s, Oris (aka Darqwan) will release his debut artist album. A producer that has always refused categorisation, he now presents ‘To The Fly’ which is able to span grime, jungle, house, garage, dubstep, dancehall and more, yet every track clearly rooted in Sheffield bass, and every track instantly recognisable as Oris Jay.

Oris Jay has been mentioned in our news coverage

Below is a sample playlists for Oris Jay taken from spotify.

Do you promote/manage Oris Jay? Login to our free Promotion Centre to update these details.