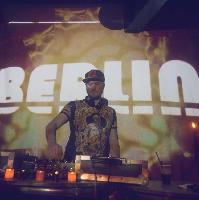 Originally from South Ukraine. Oleg fell in Love with Brighton

and has lived here for 8 years now. His style is from Underground Tech House to Melodic Deep House. Current residencies include Coalition, where he can often be found hosting terrace parties and BLOW, hosting their after party.

Oleg has played in every respectable club and bar in Brighton, and also holds a residency at the lucrative Aquarium Club in London. Oleg has also been strong on the Lodon circuit, playing at more than 20 clubs in London such as Doom, N1 Leicester Square (Penthouse Club) as well as across the UK such as 2020 (Portsmouth), The Priory (Aberdeen, Scotland) just to name few. He shared the stage with International DJs like:

Oleg Belshin hasn't been mentioned in our news coverage

Here are the latest Oleg Belshin mixes uploaded to Soundcloud.

Do you promote/manage Oleg Belshin? Login to our free Promotion Centre to update these details.