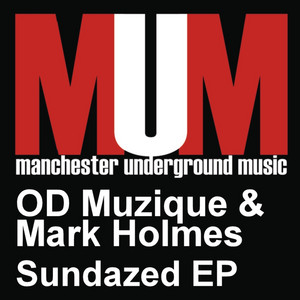 OD Muzique are an exciting DJ partnership quietly emerging from the backdrop of Manchester's underground, with their roots firmly established in good quality house and electronic music. OD's musical journey stepped up a level after securing a residency at their spiritual home Sankeys in Manchester, almost 4 years ago. They combine holding this key residency at the worlds No.1 Club, with pioneering their own concept night, Disco Electronica which is currently one of the UK’s busiest club nights seeing artists like Dubfire, Ben Klock, Radio Slave, DJ Sneak, Paul Ritch etc. grace the decks for Disco Electronica this year so far. Their popularity and undoubted crowd pull have seen OD Muzique take their unique brand of house, techno and anything electronic across the UK and Europe. With the last 2 summers beings their busiest yet with headline performance’s at Tribal Sessions, Ministry of Sound, Gods Kitchens Open Air festival and Amnesia World Tours, the main room at Pacha, Ibiza and Space closing to top 2 pretty hectic party seasons.

Whilst impressing behind the decks, their influence in the studio has also been bubbling away with a string of successful productions and remixes for Great stuff Music, 54 London, Berwick Street Records and most recently SCI+TEC (Dubfires label) which has catapulted them from the underground into the record boxes of the world biggest artists Including support from Dubfire, Timo Maas, Luciano, Ritchie Hawtin, Marc Romboy, Sasha, Hernan Cattaneo, Layo & Bushwacka to name but a few. Recent news also includes an Invite from Marc Romboy to lay down a 60 minute guest mix podcast for Systematic records radio show going out to over 100,000 subscribers worldwide, other artsits include Chris Liebing, Kenny Hawkes, Stacy Pullen and Oliver Huntemann who have also been confirmed for a guest mix on this ever growing internet radio show.

The collaborations haven’t stopped there and under the newly formed Disco Electronica Recordings imprint the boys already have there first 5 beatport exclusive releases in place seeing remixes by Cocoon recordings David K plus remixes by Audiojack, Reset Robot, Zoo Brazil and Jon Gurd already confirmed for the label so far. With the first 5 scheduled releases already lined up to hit the masses from November onwards Disco Electronica are emerging from the underground with EP's such as Octopus, Ladybird and Dark Revolver all carrying heavy weight remixes on the packages. It's clear to see that ODs educated and electric approach to the programming of Disco Electronica events will be intrinsic to the label too.

Other news includes a residency at the Sankeys NYC starting in April 2011 plus other gigs lined up for Back to Basics leeds, Cadenza Showcase Mcr, Systematic Sessions MOS London and our continuing bi-weekly residency at Sankeys Mcr, No.1 club in the world.

It's clear to see that OD Muzique have there feet placed in some serious musical roots, the question is what next for OD Muzique?

Od Muzique has been mentioned in our news coverage

Sankeys prepares to close its doors

Sankeys Ibiza to Launch this Summer!

Below is a sample playlists for Od Muzique taken from spotify.

Do you promote/manage Od Muzique? Login to our free Promotion Centre to update these details.