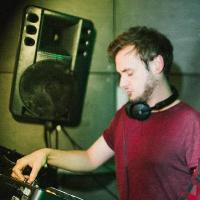 DJ / Producer, based just outside of London. Co-founder of Koncept Alive and lead mastermind of The Galaxy Forest Rave.

Oberon's involvement in, recent years has lead the, underground dance music scene in his local town from strength to strength. Being a regularly contributor to the uprising of the ever more famous Presha nights at the USSU, hosting the Galaxy Forest Rave and being one of the head honchos of Koncept Alive has made a mark.

Having played alongside the likes of Axon, Thology, AbsurDitty, Ahadadream and SOH. His sets are always influenced by his interest in the genre of Techno. Now joining forces with GLSTR to further push their joint alias of Our.Last.Fibre, the future looks exciting with a ever growing brand and a Techno duo outlet.

Oberon Night-East hasn't been mentioned in our news coverage

Here are the latest Oberon Night-East mixes uploaded to Soundcloud.