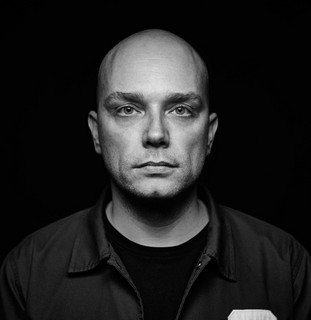 Nymfo has been apart of Drum and Bass for well over a decade, a mastermind and organizer of one of the number one events in the Netherlands, Red Zone and ICON, which attracted some of the scenes biggest names. On top of these events he would also hold intimate events show casing the deeper vibes of Drum and Bass, keeping his hand on all aspects of the sound he loved.

Over the last 12 years, Nymfo has been immersed in deejaying, from his own events to headlining shows around Europe and the world, Nymfo was seen as one of the most talented up and coming deejays in the scene. This was then established in 2005 when he won the ‘Best Dutch Drum and Bass DJ’ then went on to win the same title again in 2007, cementing him as one of the scenes most talented and exciting deejays to date.

With a huge reputation to live up to as a Deejay, Nymfo has been working on production over the previous 3 years, and keeping in line with this high standard, Nymfo’s production out put has been of the same high quality that not only have they been picked up by major labels like Andy C’s RAM Records, Renegade Recordings, Critical Recordings, Frequency Recordings and the huge Shogun Limited imprint but his tunes are in demand by all the established artists and deejays world wide. With huge collaborations with Icicle and Proxima creating massive hype getting huge reviews, Nymfo is hot property and proves he is one of the greatest deejays and producers in the scene today.

Nymfo hasn't been mentioned in our news coverage

Below is a sample playlists for Nymfo taken from spotify.

Do you promote/manage Nymfo? Login to our free Promotion Centre to update these details.