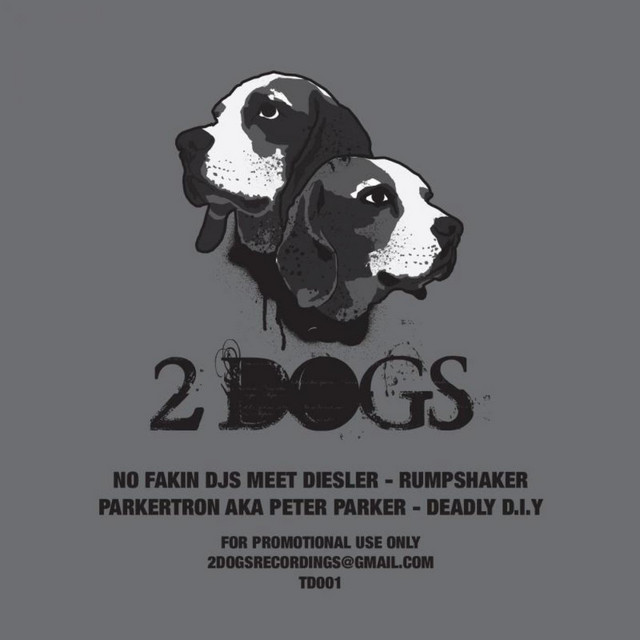 Born out of the Liverpool Hip Hop night of the same name The No Fakin' DJs are Kwinzola and DJ Illson. They combine 4 turntables and a deep rooted Hip Hop sensibility to create a semi-live/DJ show like no other. And while Hip-Hop is the anchor, a phenomenal variety of music gets in on the act, seamlessly blended and layered often with live instruments, samplers, drum machines and more.

Kwinzola is the founding member and the turntable backbone. As well as his his No Fakin' duties he held down a residency at Fat City’s now legendary club night Friends & Family. DJ Illson is the turntable talent behind cut-and-paste maestros, Fat City's 45 Midgets. Individually and collectively, No Fakin’ DJs are impeccably connected with just about everybody who is anyone in Hip Hop and beyond.

A handful of remixes, independent releases and their acclaimed sample based opus “Give an Example” through Fat City paved the way for the No Fakin DJs to take their show outside their own club nights. They have gone on to rock dancefloors, boats, tents and tipis across Europe at events like the Garden Festival, Creamfields, Secret Garden Party and genre bending super clubs Chibuku and Fabric. Playing alongside the likes of Mr. Scruff, Q-Bert and Peanut Butter Wolf and having the honour of supporting some of their heroes and inspirations…Public Enemy, Rakim, Kool DJ Herc, DJ Shadow and Steinski.

No Fakin' DJs has been mentioned in our news coverage

Here are the latest No Fakin' DJs mixes uploaded to Soundcloud.

Do you promote/manage No Fakin' DJs? Login to our free Promotion Centre to update these details.