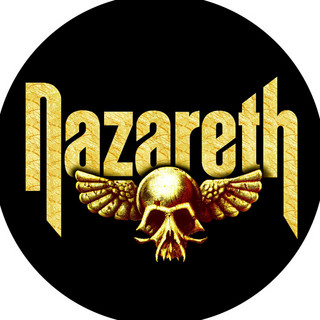 Nazareth is a Scottish rock band that had several hard rock hits in the mid 1970s, including the Felice and Boudleaux Bryant penned ballad, "Love Hurts". Nazareth was formed in December 1968 in Dunfermline, Scotland, out of the ashes of semi-professional local group The Shadettes (formed in 1961) by vocalist Dan McCafferty, guitarist Manny Charlton (ex Mark V and The Red Hawks), bassist Pete Agnew, and drummer Darrell Sweet. They took their name from the first line of The Band's classic song "The Weight" ("I pulled into Nazareth / Was feelin' about half past dead...")

Nazareth has been mentioned in our news coverage

A Brief History of Weyfest

Chibuku at The Shipping Forecast

Below is a sample playlists for Nazareth taken from spotify.

Do you promote/manage Nazareth? Login to our free Promotion Centre to update these details.