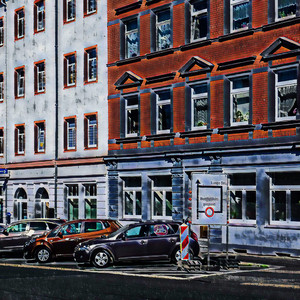 Balearic Beat...Up On The Roof

The Woods in Edenbridge

Nancy Noise is one of the originals. She first visited Ibiza in 1986 which created a love affair that continues to this day. During the summers of '86 and '87 her home was the Amnesia club where she spent long nights dancing infront of the speakers to the sounds of Leo Mas and Alfredo, often venturing up to ask what the record was they had just played. If you ask Nancy what made Amnesia special she'll tell you, "it was the music, the vibe, dancing under the stars all night long and that eclectic mix that worked perfectly when played the right way." Amen.

During the summer of 1987 Nancy met Ian St.Paul and Paul Oakenfold who had also fallen in love with Amnesia. On arrival back to London the three of them wanted to continue the party so held a few nights which resulted in them finding a regular venue. Oakenfold and friends knew that Nancy had been buying the records she had been dancing to over the last few summers so asked her to DJ. The club was Future and it is now part of London clubbing history.

Within weeks Future was one of the busiest parties in London and a fundamental part of the early Acid House scene in London. From here Spectrum and Land Of Oz followed with Nancy DJing alongside luminaries such as Alex Patterson, Jimi Cauty and Youth who in time went on to big things as The Orb.

Nancy soon became one of the early global DJs, travelling for i-D magazine for their early world tours and DJing in North & South America, Europe and Asia. Alongside this she was working hand in hand with Paul Oakenfold at the newly formed Perfecto Records, one of the earliest UK-based record labels to come out of the Acid House scene, which again led to playing at Perfecto parties in New York and Pacha in Ibiza.

In the early 90s, as the club scene grew and grew in the UK Nancy became a regular DJ on the "superclub" scene playing as resident at The Ministry of Sound, then regularly at Renaissance, Golden, Cream, Gatecrasher, Clockwork Orange and The Gallery at Turnmills. From here a trip back to Ibiza beckoned which led to Nancy setting up her own venue Bar Zuka in the Old Town. Whilst in Ibiza she DJ'd at Amnesia, Space, Privilege (previously Ku) and Es Paradis

Nancy Noise is one of those modest people that feels no need to shout (though she does like the odd "Arreeeeebba") - she loves music, playing at parties for people that care and keeping her very original style of DJing alive and well. It's great to see Nancy back where she belongs, playing what she wants, when she wants to a room full of dancers ... Bring the (Nancy) Noise.

Nancy Noise has been mentioned in our news coverage

Terry Farley Interview: In Your Bones

Below is a sample playlists for Nancy Noise taken from spotify.