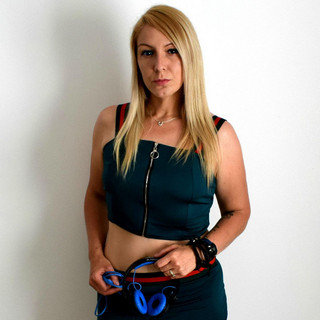 Biography, written by Sykophiend USA (sykophiend@gmail.com). Over the last seven years, Missrepresent has become a household name in the UK drum 'n bass scene, playing the some of the nation's biggest club nights, including Valve (Brunel Rooms), Herbal (London), EQ Stratford (London), SE1 (London), Scala (London), Cornhall (Cirencester), and Raveology (Air Birmingham) to name a few. She has been featured on the MC Convention tape pack alongside Skibadee and Shabba D. Her presence has been featured in many publications, including EGG, Hardstep Sistaz, Dogsonacid, The BBC and various newspapers.

Missrepresent has been mentioned in our news coverage

The Return - Problem Central + Many More

Here are the latest Missrepresent mixes uploaded to Soundcloud.

Do you promote/manage Missrepresent? Login to our free Promotion Centre to update these details.