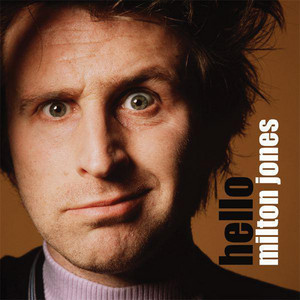 In 1996, Jones won the Perrier comedy award for best newcomer. His style of humour is based on mostly one-liners involving puns.

He has had various shows on BBC Radio 4, at the beginning of which he is sometimes announced as 'Britain's funniest Milton'. He regularly tours the country performing his stand-up act and his current tour is entitled "Caught in the Rabbit's Headlights" and can also be found at "The Comedy Store" regularly.

Milton Jones has been mentioned in our news coverage

Below is a sample playlists for Milton Jones taken from spotify.

Do you promote/manage Milton Jones? Login to our free Promotion Centre to update these details.