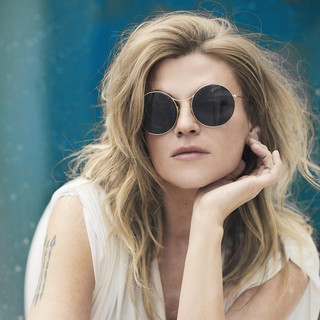 Melody Gardot is an American musician in Philadelphia, Pennsylvania, United States. She was disabled at 19, after being struck by a car while atop her bicycle. This event, though tragic, led to her recognition as a remarkable musician. Her musical beginning was prompted by a tending physician who was concerned with her cognitive impairment as a result of head injury sustained in the accident. He believed music would help her brain injury drastically improve, as it has been known to show remarkable results in improving people's cognitive ability after such trauma.

Melody Gardot hasn't been mentioned in our news coverage

Below is a sample playlists for Melody Gardot taken from spotify.

Do you promote/manage Melody Gardot? Login to our free Promotion Centre to update these details.