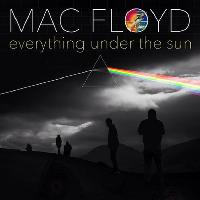 Mac Floyd are an eight piece band from Scotland that recreates the amazing music of Pink Floyd live on stage. We pride ourselves in performing everything live – as it should be. The only thing you will hear during a Mac Floyd performance that is not live are the samples/sound effects from the various Floyd songs. All music is live!

After the success of last years tour, where we performed the complete Animals album, we thought it would be good to have a mixed set in 2018. This years tour is titled ‘Everything Under Ther Sun’, a phrase that appears a few times in Pink Floyd music. We will include songs from 1971’s Meddle, all the way up to 1994’s Division Bell, with a lot more in between.

MacFloyd has been mentioned in our news coverage

Here are the latest MacFloyd mixes uploaded to Soundcloud.

Do you promote/manage MacFloyd? Login to our free Promotion Centre to update these details.