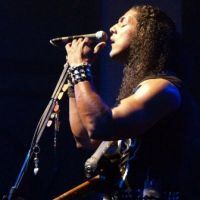 Limehouse Lizzy are officially one of the hardest working bands in the UK. They were accredited for their live shows by the Performing Rights Society in December 2011 and received their certificate from PRS Chairman (and respected songwriter) Guy Fletcher OBE.

Renowned for an action-packed pyrothechnic-fuelled explosion of a show, Limehouse Lizzy continue to keep the spirit of Celtic rock icon Philip Lynott and his band Thin Lizzy alive, well and dominating stages worldwide. The band have also added a tribute into their show to ex-Thin Lizzy guitarist (and world renowned solo artist) Gary Moore who sadly passed away last year.

Attention to detail, playful audience interaction and that all important X-factor that leaves you with the feeling of witnessing the real thing have led to their performance being described as “beyond tribute”, by both audience and critics alike.

Limehouse Lizzy has been mentioned in our news coverage

3 for 2 on all BMF Show Tickets Until December 23rd!