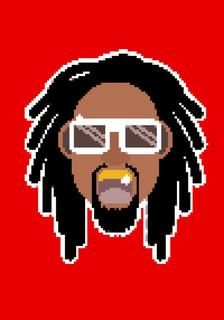 Jonathan Mortimer Smith (born January 27, 1971 in Atlanta, Georgia), better known by his stage name Lil Jon, is an American rapper, actor, producer and member of the crunk group Lil Jon & The East Side Boyz. Lil Jon formed the group with friends Big Sam and Lil Bo, and they released five studio albums and have had many hit songs. He's prehaps best known for his iconic single "Get Low", which featured the Ying Yang Twins and reached #2 on the Billboard 100. He released his debut solo album, 'Crunk Rock', in June 2010.

Lil Jon has been mentioned in our news coverage

Spotify reveals most popular #TBT songs of all time

The triumphant return of OutKast

Here are the latest Lil Jon mixes uploaded to Soundcloud.

Do you promote/manage Lil Jon? Login to our free Promotion Centre to update these details.