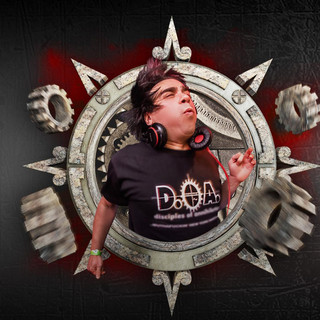 Lenny Dee is a native of New York. He started his career in 1984 DJing in a local roller disco in Brooklyn NYC at the age of 17. Lenny Dee is recognized as one of New York's earliest Techno pioneers. His earlier music consisted of Disco, Electro-Body, High Energy and early House. In 1989, Lenny's musical exploits brought him to Europe, which changed his direction once again. Lenny Dee's DJing career propelled him to be one of the most sort after international Techno DJs in the world. In a time where DJs remained local for the most part, he became the number one international DJ in Germany, Scotland, France and Switzerland with his new sound - Hardcore Techno - a sound that he is still known for today. Lenny launched Industrial Strength Records in the U.S.A. in 1991 with PCP's 'Mescalinium United', becoming the first Hardcore Techno label in the world and one of the first Electronic Labels in the U.S.A. On a personal front Lenny's productions have always been diverse from his signature hardcore, to techno, house and beyond. Read more on Last.fm. User-contributed text is available under the Creative Commons By-SA License; additional terms may apply.

Lenny Dee hasn't been mentioned in our news coverage

Here are the latest Lenny Dee mixes uploaded to Soundcloud.

Do you promote/manage Lenny Dee? Login to our free Promotion Centre to update these details.