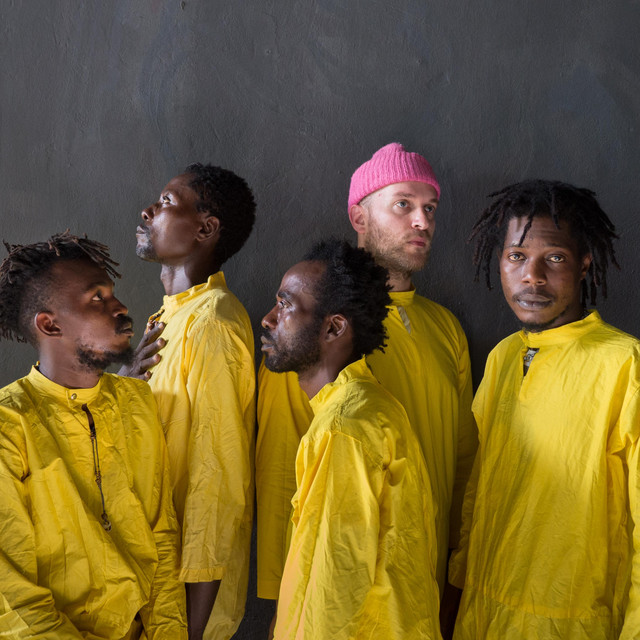 KOKOKO! is a collective of artists and musicians formed in Ngwaka, Democratic Republic of the Congo. Incredibly creative and friends since childhood, they invent their own instruments out of found objects: a one string guitar, a typewriter drum machine, water bottles pitched to play melodies, and a talk box made from a car cassette player. While such inventions came into being at first out of necessity (the artists not able to afford guitars), the group soon realized that the innovative instruments gave their music an original sound.

KOKOKO! linked up with Débruit, a French producer and serial fan of African music. Together, they have brought merged sonic worlds and, in doing so, electrified their raw psychedelic sound and took it out to downtown clubbing Read more on Last.fm. User-contributed text is available under the Creative Commons By-SA License; additional terms may apply.

KOKOKO! hasn't been mentioned in our news coverage

Below is a sample playlists for KOKOKO! taken from spotify.

Do you promote/manage KOKOKO!? Login to our free Promotion Centre to update these details.