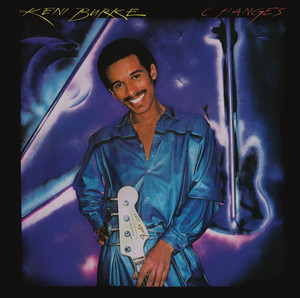 Kenneth M. Burke (born September 28, 1953 in Chicago, Illinois), better known as Keni Burke, is an American RnB, soul, funk, and jazz singer, songwriter, record producer, and multi-instrumentalist who began his career as a member of the 1970s soul outfit, the Five Stairsteps.

As a member of the Five Stairsteps, Burke wrote the group's first minor hit "You Waited Too Long" in 1966, but the group would see their biggest success with the million-selling song "O-o-h Child" in 1970. The group went on to sign with George Harrison's Dark Horse Records in 1975, and had their next hit with the Burke-penned "From Us to You", from their 1976 album 2nd Resurrection. The group disbanded soon after.

Skilled as a guitarist and bassist, Burke continued to work for the Dark Horse label as a session musician, while burgeoning a solo career of his own. In 1977, he released his self-titled debut album, which featured the songs "Keep on Singing", "Shuffle", and "From Me to You".

In 1981, Changes, Burke's best-selling album to date, was released, containing the singles "Hang Tight" and his signature hit "Rising to the Top"—a big success in Chicago. The song has become a popular sampling choice for hip hop artists, having been borrowed by artists such as Big Daddy Kane ("Smooth Operator"), LL Cool J ("Around the Way Girl"), Pete Rock & CL Smooth ("Take You There"), Mary J. Blige ("Love No Limit"), O.C. ("Born 2 Live") and once again by LL Cool J for the song "Paradise", with Amerie, though a lot of these songs have been mistakingly thought to use the bass line from the 1983 song "All Night Long" by the Mary Jane Girls. In 2006, "Rising to The Top" appeared in the soundtrack for the popular video game Grand Theft Auto: Vice City Stories, on fictional Quiet Storm station Vice City For Lovers.

Burke's next release was the 1982 self-produced You're the Best.

Keni Burke has been mentioned in our news coverage

Below is a sample playlists for Keni Burke taken from spotify.

Do you promote/manage Keni Burke? Login to our free Promotion Centre to update these details.