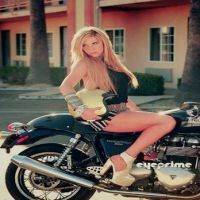 Kesha Rose Sebert (born March 1, 1987 in Los Angeles, United States), better known mononymously as Kesha (stylized as Ke$ha or K$), is an American recording artist. An active singer since before 2005, her breakthrough came in early 2009 after appearing on Flo Rida's number one single Right Round. Ke$ha later supported Calvin Harris on tour in the UK and toured with Mickey Avalon in the US. She also performed at Madison Square Garden on December 11, 2009 for the Z100 Jingle Ball. She was announced as one of the acts for the 2010 revival of Lilith Fair and presented at the 52nd Grammy Awards.

Ke$ha hasn't been mentioned in our news coverage

Do you promote/manage Ke$ha? Login to our free Promotion Centre to update these details.