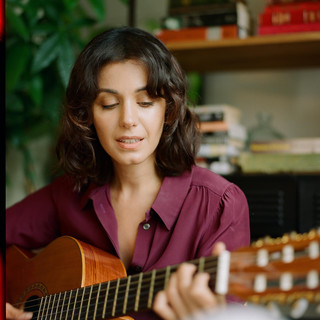 Ketevan “Katie” Melua (Georgian: ქეთევან “ქეთი” მელუა, surname pronounced IPA: /ˈmeluˌɑː/; born 16 September 1984) is a British-Georgian singer-songwriter and musician. She was born in the Georgian SSR, but moved to Northern Ireland at the age of eight and then relocated to England at the age of 14. Melua is signed to the small Dramatico record label, under the management of songwriter Mike Batt, and made her musical debut in 2003. In 2006, she was the United Kingdom’s biggest-selling female artist and Europe’s highest selling European female artist.

Katie Melua has been mentioned in our news coverage

Below is a sample playlists for Katie Melua taken from spotify.

Do you promote/manage Katie Melua? Login to our free Promotion Centre to update these details.