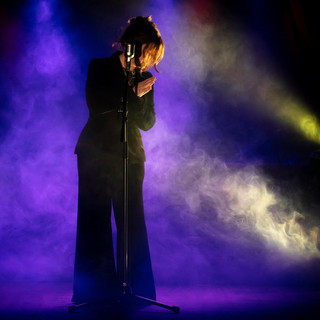 Karen Matheson born on 11 February 1963. She grew up in the small village of Taynuilt in Argyll, Scotland. She is widely renowned for her clear vocals and being the first artist to have a hit in Gaelic, having learned the language as an adult. She is the lead singer in Capercaillie. Her husband Donald Shaw sings with her in the group.

She was awarded an OBE (Officer of the Most Excellent Order of the British Empire) in the 2006 New Year's honours list.

Karen Matheson hasn't been mentioned in our news coverage

Below is a sample playlists for Karen Matheson taken from spotify.

Do you promote/manage Karen Matheson ? Login to our free Promotion Centre to update these details.