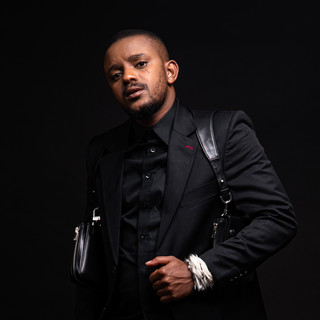 Kabza De Small (born Kabelo Petrus Motha, November 27, 1992), is a South African DJ and record producer. He was born in Mpumalanga and raised in Pretoria. He has been referred to as the king of the amapiano genre. He is considered one of the best-selling music artists of amapiano, and also one of the pioneers of the genre. With his breakthrough in 2018, he played an instrumental role in popularizing the amapiano genre.Motha has collaborated extensively with record producer DJ Maphorisa.

Motha began his career as a DJ in 2009, venturing in the genres: Afro-fused house and EDM. In 2016, he made his production credits by releasing his debut album, Avenue Sounds under the label, House Afrika Records. In November 2018, he gained attention by releasing songs, "Amabele Shaya" and "Umshove", respectively, featuring guest vocals by the amapiano counterpart, Leehleza. Following both songs, he continued his collaboration with Leehleza as he released the song "Bamba La", on 3 January 2019.

Kabza De Small has been mentioned in our news coverage

Below is a sample playlists for Kabza De Small taken from spotify.

Do you promote/manage Kabza De Small? Login to our free Promotion Centre to update these details.