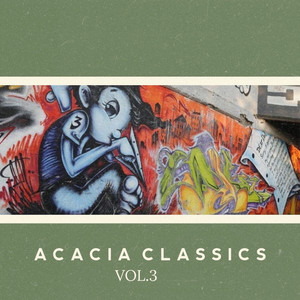 "Don’t think of K-Hand as just another Detroit-based producer, or DJ. Think of her instead as one of the city’s best, as bold as that thought may seem. An internationally recognized veteran of the legendary Techno City's bottomless talent pool, Hand stands alongside Detroit's elite, the sort of DJ that has devoted more than two decades to working crowds into a techno dance frenzy. Though her prolific cross multi media production work often takes center stage, there’s no denying Hand's role as a globetrotting DJ who never fails to further Detroit's undisputed legacy. It takes years and years to acquire the sort of versatility that Hand has become known for. Whether it is a lengthy set at the Detroit Electronic Music Festival, or a headlining gig at a high-profile club such as Fuse in Brussels, Hand knows how to read a crowd and seduce it, one track after another, until she has it at her mercy, and the dance floor dances. Just as well versed in techno (via her Detroit fostering) as house (via her days in Paradise Garage-era New York), Hand offers the best of both worlds -- few DJs can weave back and forth with such precision. If her legacy as one of Detroit’s most experienced DJs wasn’t enough, Hand’s production work never fails to garner her respect and attention. She is perhaps most widely known as the brains and boss behind the long-running Acacia label, one of the city's most prolific labels throughout the ‘90s into the ‘00s, and to date. In addition to her countless 12” vinyl releases, and Mp3’s on Acacia, and remixes for the likes of Carl Craig’s Paperclip people, her numerous full-length albums garner critical acclaim year after year. In sum, with the current devotion to the electronic music scene, there is little that Hand hasn’t accomplished, explaining her in-demand status as a professional DJ, and music composer. Hand has since rose to fame as the first lady in techno electronic music, her hometown is Detroit usa, and she continues a vigorous worldwide DJ tour, and new 12 inch vinyl release schedule.” More info. & Bookings: acaciarecords@gmail.com

HAND also appears on a host of Record labels Worldwide:

K-HAND has been mentioned in our news coverage

The Alternative Guide To... The Euros: England v Croatia

Below is a sample playlists for K-HAND taken from spotify.

Do you promote/manage K-HAND? Login to our free Promotion Centre to update these details.