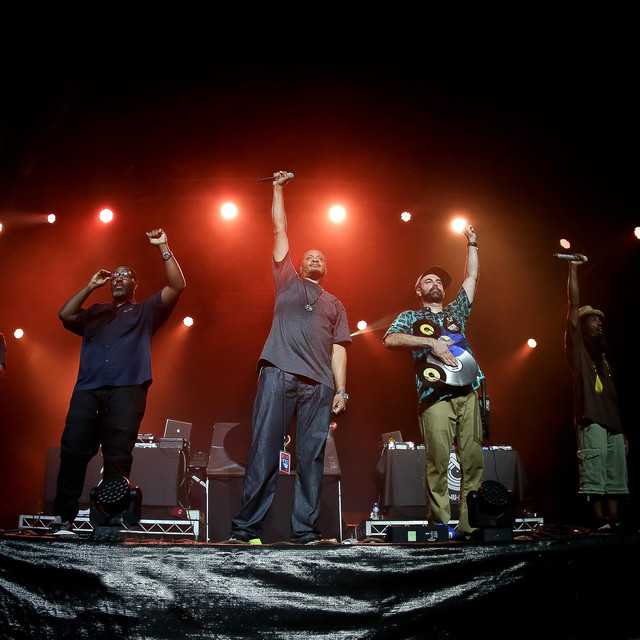 Jurassic 5 was originally a six-piece hip-hop crew that was formed in 1993 at the Los Angeles, California venue Good Life. Rappers Chali 2na, Akil, Zaakir aka Soup, Mark 7even, and turntable maestros DJ Nu-Mark and DJ Cut Chemist came together from two separate crews, the Rebels of Rhythm and Unity Committee. Cut Chemist left the band in 2006 to pursue a solo career. The group debuted for TVT Records in 1995 with the single for Unified Rebelution.

Jurassic 5 has been mentioned in our news coverage

Below is a sample playlists for Jurassic 5 taken from spotify.

Do you promote/manage Jurassic 5? Login to our free Promotion Centre to update these details.