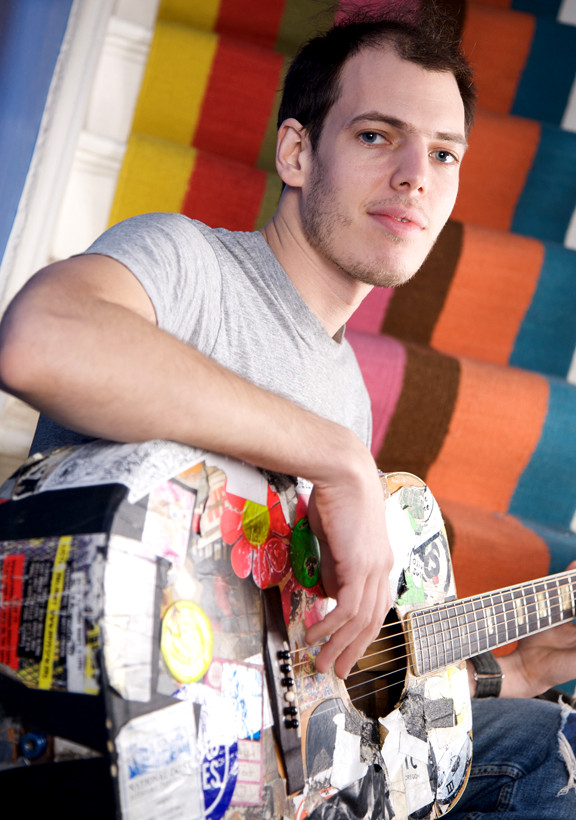 Jeffrey Lewis is an American singer/songwriter and comic-book artist, part of the Anti-folk movement. Several of his musical influences have been acknowledged in his songs such as The Chelsea Hotel Oral Sex Song, concerning the song by Leonard Cohen, and The History of The Fall. Like Cohen, Lewis' lyrics are complex and literate, often combining a depressing world-view with a hopeful message and sharp wit. Born in New York City and growing up on the Lower East Side of Manhattan Island his songs are also highly informed by his home surroundings, with songs namechecking places such as Williamsburg, the FDR Drive and the East River.

Jeffrey Lewis was born in New York in November 1975. He attended State University of New York at Purchase College and graduated in 1997; his final thesis was on the Alan Moore graphic novel "Watchmen".

After being signed by the British record label Rough Trade in 2001, Lewis released his first official album The Last Time I Did Acid I Went Insane, and in 2003 he released the album It's the Ones Who've Cracked That the Light Shines Through. His latest record, City & Eastern Songs, was released in the U.K. in November 2005. All three albums also include his brother, Jack Lewis, who wrote and sang a number of the songs. He has also performed and collaborated with fellow New York Anti-folk singers Kimya Dawson and Diane Cluck.

Jeffrey Lewis has been mentioned in our news coverage

£5000 Worth of Art to be Stolen at Standon Calling

Below is a sample playlists for Jeffrey Lewis taken from spotify.

Do you promote/manage Jeffrey Lewis? Login to our free Promotion Centre to update these details.