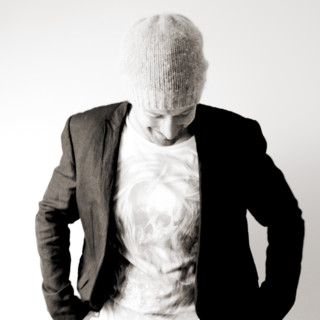 Manchester Made Me Funky - Day of the Dead

Jay C is no stranger to being at the forefront of the House Scene. A seven year Global resident for the Worlds #1 Ibiza club/brand SPACE taught him his craft. This residency enabled him to headline at many of the worlds most elite clubs & festivals, and with shows in over 30 countries this has also seen him supporting the likes of David Guetta & FatboySlim on their album tours.

Throughout this time Jay C has worked tirelessly to become the seriously respected producer that he is today. His immense catalogue of House and Tech House productions & remixes makes him a regular with key labels such as TOOLROOM, ZULU, 1605, HOTFINGERS, HED KANDI, STRICTLY RHYTHM, TIGER RECORDS and many more.

Furthermore he recently launched his own SUPERCHARGED label which has already had two #1 placings in the Traxsource Tech House charts, as well as regularly featuring in the overall Top 100 on here & Beatport alike.

Getting back to his roots of Balearic House he is set to feature heavily in the playlists of many of Ibizaâ€™s greats this season not to mention featuring in Ibiza at Amnesia, Sankeys& on the mighty Pukka Up Boat parties.

Jay C has been mentioned in our news coverage

Here are the latest Jay C mixes uploaded to Soundcloud.

Do you promote/manage Jay C? Login to our free Promotion Centre to update these details.