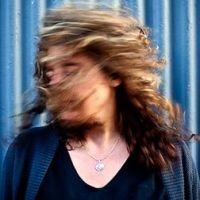 Recently launching a new seasonal London party called NIGHT MOVES with good friend Jade Seatle, the vibe of NIGHT MOVES is democratic - there are no set times, no guest list, no music policy - just two residents and a warm guest who has rarely (if ever) played in London before.

Jane's bookings have always been down to her DJing skills alone, having yet to release any productions - an impressive feat considering today's producer-led bookings and line-ups.

Jane Fitz has been mentioned in our news coverage

Feel My Bicep at The Warehouse Project review

Chord Launches in Birmingham with Magda and Mathew Jonson

Here are the latest Jane Fitz mixes uploaded to Soundcloud.

Do you promote/manage Jane Fitz? Login to our free Promotion Centre to update these details.