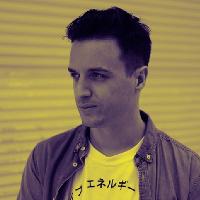 Get more information about Selectors 2020 including festival tickets, news, reviews and lineups.

Jamie Tiller has rapidly earned a reputation as one of the most important tastemakers around. Originally from London, Jamie relocated to Berlin via Amsterdam, where along with Tako Reyenga he set up Music From Memory..

Widely regarded as one of the most exciting labels to have emerged within the last five years, Music From Memory has become synonymous with the release of visionary electronic music from the past as well as present. Together, Jamie and Tako also run Second Circle, a sister label specialising in genre bending dance music.

Digging since a young age, Jamie has an unrivalled knack for rescuing a seemingly endless supply of discarded musical gems from the murky depths of the record underworlds. At the forefront of discovery, he can be heard championing these finds in DJ sets around planet Earth. Casting a wide musical net, from African electronics to Japanese Wave, oddball House to deviant Pop, Jamie sets are constrained neither by genre nor tempo. Rather he has a unique musical sensibility which allows him to find seamless connections between musical sounds that few others could bring together, turning dance floors worldwide upside down and inside out.

Jamie Tiller hasn't been mentioned in our news coverage

Here are the latest Jamie Tiller mixes uploaded to Soundcloud.

Do you promote/manage Jamie Tiller? Login to our free Promotion Centre to update these details.