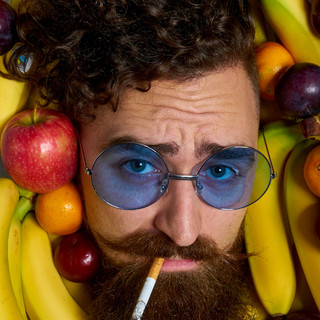 In a time where the meaning of 'house music' is constantly evolving, a new generation of artists and DJs alike are being created. One who has taken this change of direction in his stride and ran with it with style is Jacky.

Jacky’s love for music began many years ago as a child when he lived in East Africa. It was there where his passion for drumming took hold and from that moment he knew that music was ‘the one’. Jacky was in numerous bands through school, listening to a lot of punk rock and heavy metal and jamming out to Foo Fighters and Sum41 – little did he know his real desire was to go down the electronic music route. When Jacky turned 19 he bought his first set of decks and the rest is history.

After playing all over the place in Newcastle for years before, in 2014 Jacky secured a residency for well established Manchester based brand ‘mute!’ and found himself spinning regularly in the city – in particular South and Sankeys. Notorious for his driving high-energy performances, his playing style most definitely shines through into his productions.

Jacky signed his first record in summer of 2014 and since then has already released music on top labels such as Keep It Zen Records, Lower East, Sanity, Straight Ahead Music, and more recently Steve Lawler’s ‘VIVa Limited’ imprint. With support from the likes of Lawler, Skream, Jamie Jones, Marco Carola, Richy Ahmed, Darius Syrossian, Nick Curly, Santé, Waifs & Strays and more on his first few releases, the fact that there is a bright future ahead for this young artist is undeniable.

This Newcastle born lad also launched his own label, Red Lunar Records, in 2014 with a close friend of his, Richard. After only one year on from the launch they have featured artists such as Jey Kurmis, Di Chiara Brother’s, Atove, Sascha Sonido and 2016 is looking even stronger.

JACKY (UK) has been mentioned in our news coverage

Here are the latest JACKY (UK) mixes uploaded to Soundcloud.

Do you promote/manage JACKY (UK)? Login to our free Promotion Centre to update these details.