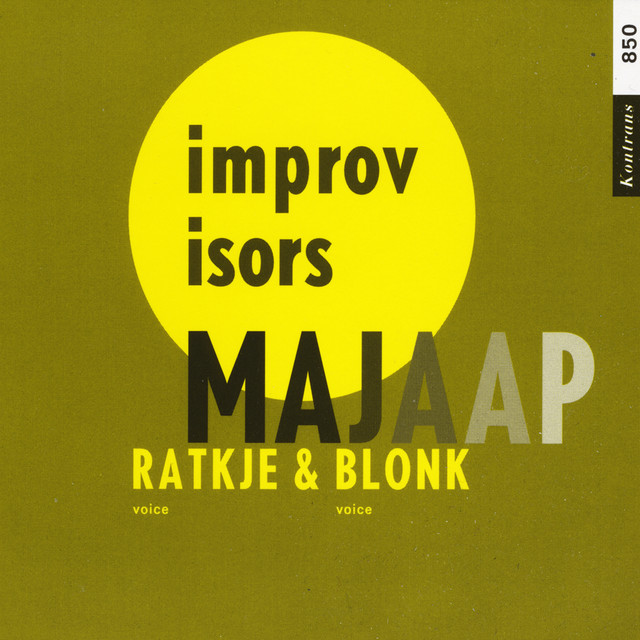 Jaap Blonk (born 1953 in Woerden, Holland) is a self-taught composer, voice performer and sound poet. His unfinished studies in physics, mathematics and musicology mainly created a penchant for activities in a Dada vein, as did several unsuccessful jobs in offices and other well-organized systems. In the late 1970s he took up saxophone and started to compose music, and a few years later a real breakthrough occurred: he discovered the power and flexibility of his voice. At present, he has developed into a prolific writer/composer and a specialist in the performance of sound poetry, supported by a powerful stage presence and an almost childlike freedom in improvisation. He performed in many European countries, as well as in the U.S., Canada, Indonesia, South Africa and Latin America.

Besides working as a soloist, he collaborated with many musicians and ensembles in the field of contemporary and improvised music, like Paul Lytton, Mats Gustafsson, Michael Zerang, Fred Lonberg-Holm, Melvyn Poore, Paul Dutton, Nicolas Collins, the Netherlands Wind Ensemble and the Ebony Band. He performed in several compositions by the German composer Carola Bauckholt, including a piece for voice and orchestra. A solo voice piece was commissioned by the Donaueschinger Musiktage 2002. Blonk is the founder and leader of Splinks, a 15-piece orchestra playing his compositions, and BRAAXTAAL, an avant-rock trio with synthesizer and drums. He also has his own record label, Kontrans. His work for radio and television includes several commissioned radio plays. He also makes larger-scale drawings of his scores, which have been exhibited. Blonk is an energetic workshop leader too, who taught in many different countries, including a lot of work with children. A recent development is his involvement with electronics, in the form of work created by sampling and processing the sounds of his voice. Jaap Blonk keeps on searching the rich common ground between poetry and music. He is always after new sounds and combinations of sounds, without abandoning completely the semantics of language. His live performances are music, poetry and performance art all at the same time.

Jaap Blonk hasn't been mentioned in our news coverage

Below is a sample playlists for Jaap Blonk taken from spotify.

Do you promote/manage Jaap Blonk? Login to our free Promotion Centre to update these details.