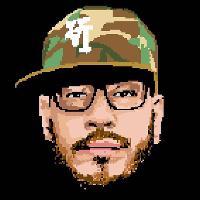 JDrago, Noir and the Juke Bounce Werk collective have laid the groundwork in the expansion of Chicago Juke/Footwork and 160bpm music in their hometown of Los Angeles, California.

Juke Bounce Werk began as a local monthly event in Los Angeles in the spring of 2013, and have since flourished into a weekly staple hosting and supporting the likes of the genres heavyweights such as RP BOO, JLIN, DJ Earl, DJ Clent, Gant-Man, Fracture and more.

JBW soon became an essential music platform via their Soundcloud through implementation of a weekly top ten mix series, which saw participation from artists around the globe. The series became the go-to standard for the worldwide juke and footwork music community.

J Dago hasn't been mentioned in our news coverage

Here are the latest J Dago mixes uploaded to Soundcloud.

Do you promote/manage J Dago? Login to our free Promotion Centre to update these details.