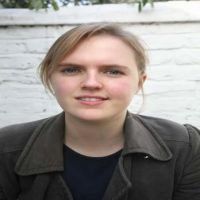 Holly Walsh (born 1980) is an English alternative comedienne from Guildford in Surrey. While working in galleries, Walsh attended comedy writing evening classes including Stand Up And Deliver and as a direct result wrote for Jo Caulfield on BBC Radio 4.[1]. In 2006 she switched to comedy full time, retiring from the art world.[1]. In 2007 Walsh was approached by Frank Skinner to appear in a TV pilot, Frank Skinner's Skateboarding Dog for Avalon Entertainment.

Holly Walsh has been mentioned in our news coverage

Do you promote/manage Holly Walsh? Login to our free Promotion Centre to update these details.