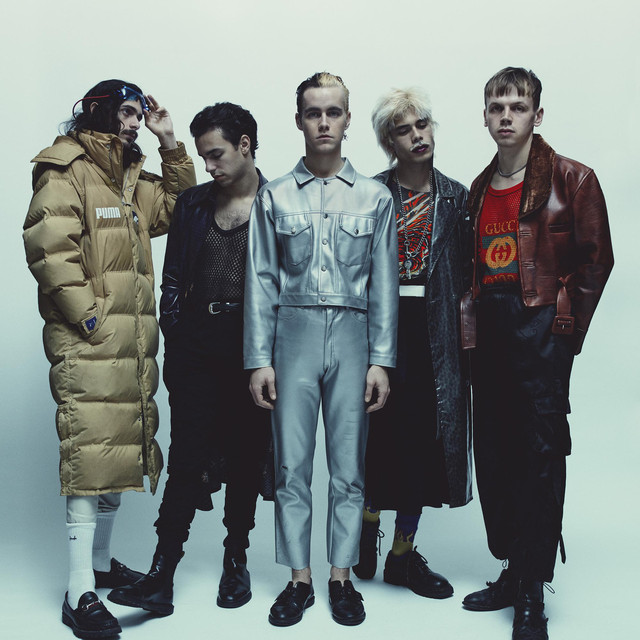 HMLTD is a band who genuinely seem to stand for something different.’ Their kooky songs, chaotic live shows and ever-changing look quickly started chatter about them being one of Britain’s most exciting new bands – even if the only glimpse you could get of them was at a live gig, or afterwards in some shaky homemade footage.

Now, the wheels are really starting to turn in the London group’s camp as they’ve dropped their first single online, with Zane Lowe also picking it up as his World Record on Beats One. ‘Is This What You Wanted?’ is a bonkers entrance – think Fat White Family aping David Bowie’s glam phase – but comparisons are futile, because there’s very little as undeniably exciting out there right now as HMLTD. Get the glitter out, these lads are here to stay. And they’re ready to throw a hell of a party.

HMLTD hasn't been mentioned in our news coverage

Below is a sample playlists for HMLTD taken from spotify.

Do you promote/manage HMLTD? Login to our free Promotion Centre to update these details.