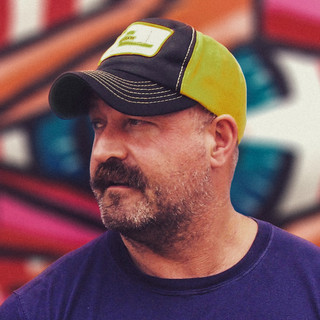 Hifi Sean (Sean Dickson) has been pushing the boundaries of music since first joining bands in his teens, and as a composer, musician, DJ and producer has continued to do so across musical genres for his whole life.

Sean is an expert in providing the soundtrack to other peoples lives; - from his beginnings as singer, songwriter and producer in his band The Soup Dragons, a multi-million selling act whose worldwide hits include Im Free and Divine Thing (with a global Greatest Hits package released in 2013) to the critically acclaimed band 'The High Fidelity' (where his DJ moniker is drawn) who collaborated with both the legendary BBC presenter 'John Peel' and 'Mickey Finn' (one half of Glam Rock Giants T-Rex); and currently as a highly successful London based DJ, remixer and producer.

For Sean DJing is not merely a case of playing records, it is a uniquely creative and individual act. His sets are built on many of his own exclusive remixes and re-edits, tailored to take each audience on a unique, personal journey. Building a reputation on this commitment to DJing as an artform, with a dedication to the music and the audience, has seen Sean take up residencies and thrill dancefloors at the most popular, boundary-pushing clubs in London’s underground dance scene and across the globe .

His mix of 77 Strings by Mantronix was a massive underground hit on the UK and Europe scene creating a frenzy amongst DJs for copies - climbing charts on audience reaction alone and has recently gained a full release on Fat Boy Slims Southern Fried record label.

Also recently in the last year with 3 top 20 Billboard USA Dance tracks under his belt , including the top 20 hit 'Sex Machine' he wrote and recorded with Chicago house master Ralphi Rosario Other recent release include “Tonight” by UP YOURS (Southern Fried) a recording project that Sean has created in partnership with fellow London dj and producer Severino (Horse Meat Disco) and the follow up 'London' (Get Up Recordings) with 'Feral is Kinky' on vocals .

One of Sean’s long running 7 year weekly residency includes London’s (and Britain’s) biggest Sunday morning after hours event, the infamous 'BEYOND' at Ministry of Sound which has a wild and enthusiastic crowd hungry for the HiFi Sean trademark sound. Sean has additionally spun out his sound for infamous parties DTPM, Hustlaball, Room Service and Trade to name a few in the UK, as well as international bookings in Italy, Holland,

Hifi Sean has been mentioned in our news coverage

Here are the latest Hifi Sean mixes uploaded to Soundcloud.

Do you promote/manage Hifi Sean? Login to our free Promotion Centre to update these details.