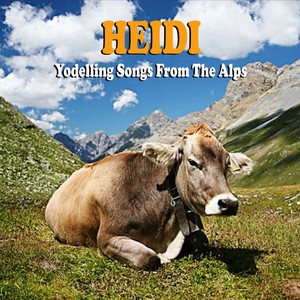 Growing up in Windsor, Ontario Canada, just across the border from Detroit, Heidi had a childhood filled with the sounds of classic rock, blues and folk. It wasn’t long, though, before the sounds of the Motor City and Chicago led her to a deep and lifelong passion for underground dance music.

A move to London in 2000 to immerse herself in the music scene led to a job working at the now defunct Koobla Records, and in 2003 Heidi was part of the team that opened up London’s foremost record shop, Phonica. Through her work there she gained invaluable experience of the scene and underground culture, and began helping put together sets for many of the country’s top DJs. This soon led her from vinyl fanatic to budding DJ, of which the wildly successful Get Physical label took note in 2004, making her a unique staple for the label in Berlin, where she currently resides.

In 2008, her impeccable tune selection combined with a charismatic and energetic personality landed her a monthly slot on the BBC’s ‘In New DJ’s We Trust’ on Radio 1, where she can interview her favorite artists, and generally exhibit her passion for music ranging from underground house and techno to disco.

Looking ahead, Heidi will continue to conquer the dance music world, starting her own night called 'Jackathon' featuring the talents who have inspired and moved her, a series that she will tour globally in 2010. With her energy behind the decks and an infectious style of DJing, its hard to stand still when Heidi is in control… keep a close eye on this lady, and keep shaking your ass on her dancefloor.

Heidi has been mentioned in our news coverage

Here are the latest Heidi mixes uploaded to Soundcloud.

Do you promote/manage Heidi? Login to our free Promotion Centre to update these details.