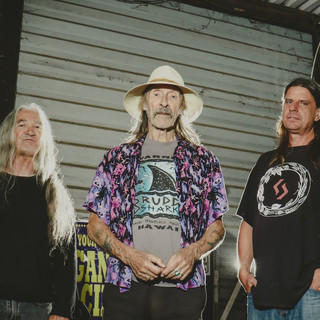 1969 - Hawkwind were formed by former London busker Dave Brock who remains at the helm today.

1970 - The band appeared outside the perimeter fence of the Isle of Wight Festival and the first Glastonbury Festival. Hawkwind’s first single, “Hurry on Sundown”, was also released followed by the self titled debut album, ‘HAWKWIND’

1975 - After a drugs bust in USA, Lemmy leaves the band and goes on to form ‘MOTORHEAD’.

1979 - 1985 the band’s singles and albums make regular inroads into the national, independent and heavy metal charts.

Hawkwind has been mentioned in our news coverage

Five of The Best Acts at Bluedot festival 2017

The Festival Experience with... 808 State

Win a pair of tickets and camping for Bluedot Festival 2017

Below is a sample playlists for Hawkwind taken from spotify.

Do you promote/manage Hawkwind? Login to our free Promotion Centre to update these details.