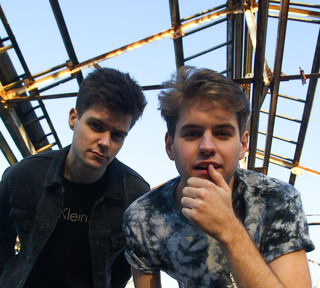 The Luna Lounge in Leytonstone

Hailed as “the next big thing” and “ones to watch” by Irish rock legends Aslan, ‘Hawke’ are a fresh new band formed in March 2019 under the shadows of the Guinness brewery in Dublin’s south inner city.

The first track from their London sessions “What About Love”, was subsequently chosen out of 500 other artists entries in a publicly announced competition to support Aslan in Dublin’s 6000 capacity Iveagh Gardens, and following in the footsteps of artists such as Gavin James and Damien Dempsey, they opened for Aslan on July 13th 2019.

Hawke made their debut UK performance at Hit the North festival in England’s north East in May 2019, alongside the likes of Tom Grennan & Jake Bugg.

HAWKE has been mentioned in our news coverage

The CH1 Chester Comedy Festival returns for a second year

Below is a sample playlists for HAWKE taken from spotify.

Do you promote/manage HAWKE? Login to our free Promotion Centre to update these details.