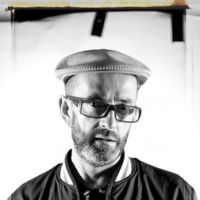 After cutting his DJ teeth in the Sub Club and elsewhere around Glasgow during the 80’s, Harri teamed up with Slam duo Stuart McMillan and Orde Meikle. Together in 1990 they started the infamous Sub Club weekly Saturday, “Atlantis,” where they collectively carved out their own wee piece of clubbing notoriety over the following four years.

The departure of Slam from the club in 1994 saw Harri join forces with one of Glasgow’s most talented young DJs, Domenic Cappello. Together they created Subculture, the Sub’s flagship weekly Saturday night.

Just shy of 20 years on, Subculture, with Harri and Domenic still at the helm, is the longest running weekly House night in the U.K. and very possibly worldwide. Subculture has hosted the cream of international House DJs and has a reputation as one of the best and most credible House nights in the world.

Harri & Domenic has been mentioned in our news coverage

The best resident DJs according to Darius Syrossian

Harri & Domenic Interview: 'Preconceptions are a waste of time'

Five of The Best Acts at EXIT festival 2017

Harri and Domenic set for FLY Open air after party

Here are the latest Harri & Domenic mixes uploaded to Soundcloud.

Do you promote/manage Harri & Domenic ? Login to our free Promotion Centre to update these details.