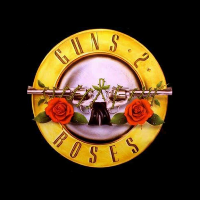 Guns 2 Roses have existed since late 2002 and have become biggest GNR tribute in history with the history to prove it!

Some GN'R tributes try, some even go as far as to lamely use credentials obtained from being used as mere hired hands for a G2'R concert to try and big their own band up, but not one comes close to the authenticity, charisma and huge / notorious reputation Guns 2 Roses have become known for over the years.

Their ability to emulate classic Guns N Roses has even been approved by members of the original and current lineup of GNR and is also why G2R are the most famous GNR tribute band in the world.

Guns 2 Roses has been mentioned in our news coverage

Prose interview: Manchester is crying out for a band to get behind

Do you promote/manage Guns 2 Roses? Login to our free Promotion Centre to update these details.