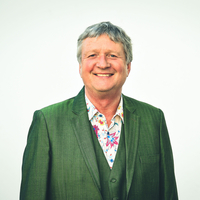 Mention Glenn Tilbrook and most people immediately think of Squeeze.

As one half of the award-winning Squeeze song writing team of Difford/Tilbrook, Glenn has co-written some of the most-loved songs of the last thirty years “Up The Junction,” “Slap & Tickle,” “Pulling Mussels (From A Shell),” ‘“Another Nail In My Heart,” “Tempted,” “Labelled With Love” and “Black Coffee In Bed.” Today’s newer artists, such as The Feeling, Kasabian, The View, Razorlight, Mark Ronson and Lily Allen have all cited Squeeze as a major influence.

As well as his solo work, Glenn continues to tour with Squeeze and has more than earned his reputation as one of our most cherished singers, guitarists, and songwriters, not to mention an in-demand and endlessly endearing live performer. Glenn passionately supports the work of the Trussell Trust and encourages everyone to bring something for the food bank stations he has set up everywhere he plays.

Glenn Tilbrook has been mentioned in our news coverage

Below is a sample playlists for Glenn Tilbrook taken from spotify.

Do you promote/manage Glenn Tilbrook? Login to our free Promotion Centre to update these details.