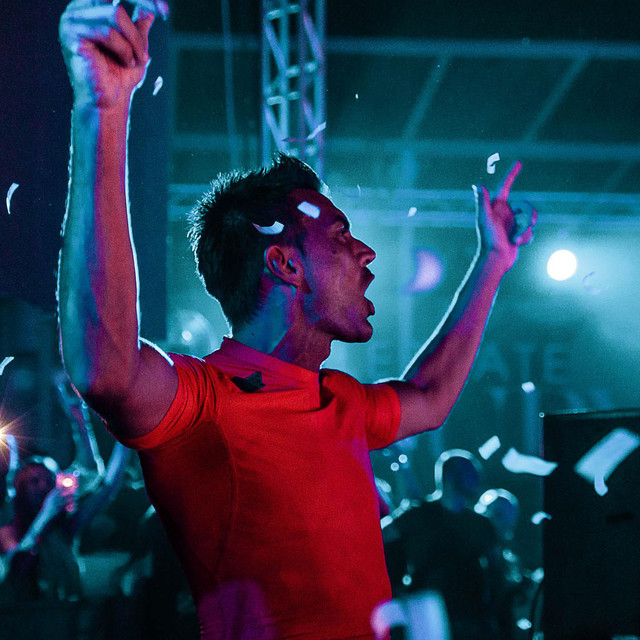 Gabriele Ponte (or Gabry Ponte) (b. April 20th, 1973) is an Italian DJ best known for his membership in the Italian dance group Eiffel 65. Ponte has been involved with the Bliss Team, DJ Gundam, and Sangwara. With Eiffel 65's rise to fame in the late 1990's, his celebrity (or semi-celebrity) status was established, and he later went on to produce the Italian hits "Geordie" (A cover of Fabrizio de André`s song by the same name) and "La Danza delle Streghe".

Gabry Ponte hasn't been mentioned in our news coverage

Here are the latest Gabry Ponte mixes uploaded to Soundcloud.

Do you promote/manage Gabry Ponte? Login to our free Promotion Centre to update these details.