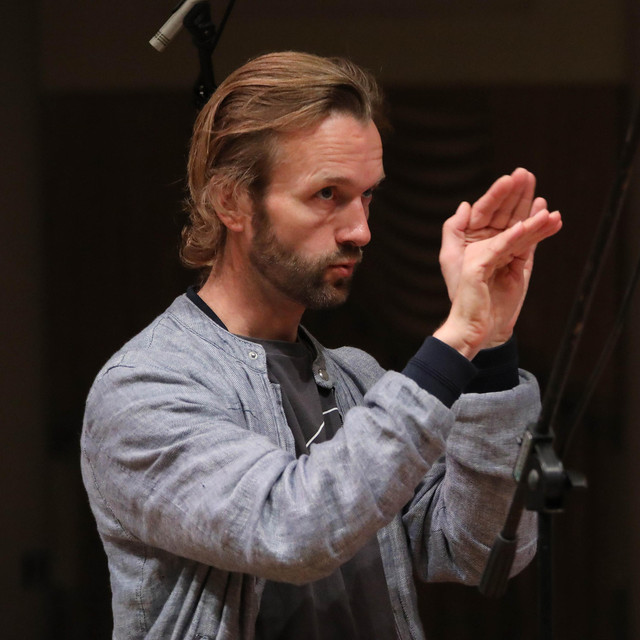 Gabriel Prokofiev is a composer and record producer based in England. He was born to an English mother and Russian father Oleg Prokofiev, and is the grandson of Sergei Prokofiev. He studied composition at Birmingham and York universities, but eschewed classical music for electronica, and became a composer of garage music. He was one of the producers of Lady Sovereign's album Public Warning, under the name Medasyn.

He founded the independent record label Nonclassical in 2003 and started composing classical music in 2004 with a string quartet written for the Elysian Quartet. His Concerto for Turntables and Orchestra was performed at the BBC Proms in August 2011 by DJ Switch and the National Youth Orchestra of Great Britain conducted by Vladimir Jurowski. Read more on Last.fm. User-contributed text is available under the Creative Commons By-SA License; additional terms may apply.

Gabriel Prokofiev has been mentioned in our news coverage

United Undergroud at the Southbank Centre

Below is a sample playlists for Gabriel Prokofiev taken from spotify.

Do you promote/manage Gabriel Prokofiev? Login to our free Promotion Centre to update these details.