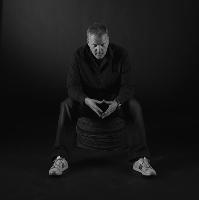 One of the pioneers of the belgian new beat and techno scene. He began his career at Target Records (Belgium). Later on he joined Music Man Records for whom he released his famous B-sides tracks. At the same time, he founded and managed a couple of record labels: H.P.F., Mikki House, Two Thumbs and Tribal Sun and made a lot of remixes for different artists.

He left the music scene at the end of the nineties and explores now the world of multimedia. He has his own multimedia company called "GRID".

Frank De Wulf has been mentioned in our news coverage

Go back to the Old Skool this May at Retrotrax Festival

Do you promote/manage Frank De Wulf? Login to our free Promotion Centre to update these details.