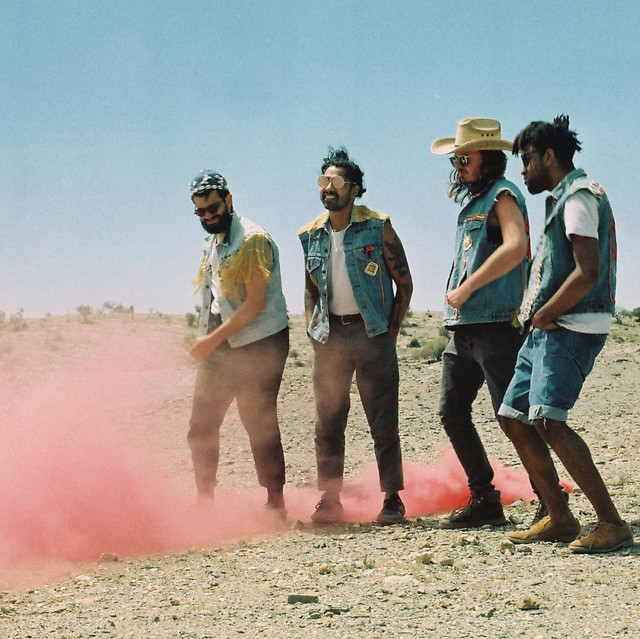 Flamingods are a five piece multi-instrumental experimental band originally started by Kamal Rasool in late 2009 as a bedroom project. Their sound has been described as ethnic pop, with elements of noise, tribal and freaked folk. They use a number of percussion instruments, some of which were collected during Rasool's travels to places like Tanzania and the Amazon. They are based in London, UK. The band’s story begins in Bahrain, where 4 of the 5 members (Kamal, Sam, Craig, and Charles) met. Upon moving to London they became friends with Karthik and so Flamingods were formed.

Read more about Flamingods on Last.fm.

Flamingods has been mentioned in our news coverage

Crazy P, Flamingods and more in line for Samphire Festival this summer

Sounds From The Other City 2017 review

Below is a sample playlists for Flamingods taken from spotify.

Do you promote/manage Flamingods? Login to our free Promotion Centre to update these details.