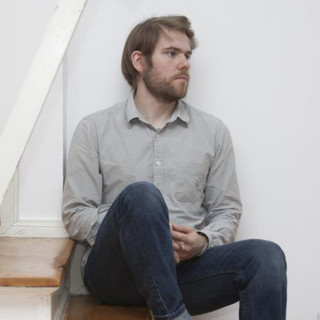 Fabian Holland is a songwriter who gets right to the heart of the human condition in a disarmingly subtle way.

Less than 18 months after releasing his widely applauded self-titled debut CD, the canal boat-dwelling musician is back with A Day Like Tomorrow, an album of nine compelling original songs segueing seamlessly with strong interpretations of two traditional tracks and further showcasing his distinctive voice and outstanding guitar playing.

Unusual teamwork features in this classy release with the introduction of edgy drums, percussion and vocals from the acclaimed Fred Claridge, nurturing a rich, powerful sound and a rare pairing on the roots scene.

'A Day Like Tomorrow' will be released on Rooksmere Records on 27th April 2015 and Fabian, along with Fred Claridge will be on tour throughout the uk between 16th - 26th April.

Fabian Holland has been mentioned in our news coverage

Below is a sample playlists for Fabian Holland taken from spotify.

Do you promote/manage Fabian Holland? Login to our free Promotion Centre to update these details.