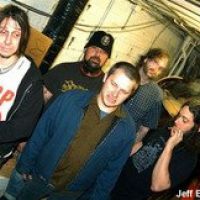 Eyehategod (also abbreviated and referred to as EHG) is an American sludge metal band from New Orleans who formed in 1988. They have become one of the most important bands to emerge from the NOLA metal scene. Throughout the years, their core line-up has remained the same, with the exception of the bass guitarist, a slot which has seen several come and go.

Eye Hate God hasn't been mentioned in our news coverage

Do you promote/manage Eye Hate God? Login to our free Promotion Centre to update these details.