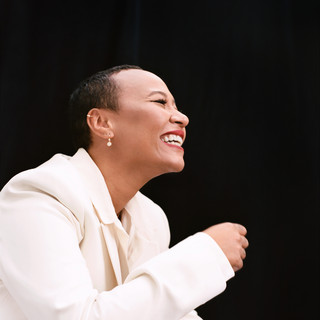 A former medical student, Sande appeared as a guest vocalist on Professor Green's 2011 UK #1 single Read All About It and soon went on to achieve her own chart success with her first solo release Heaven, which debuted in the UK Singles Chart at #2. Her debut album Our Version of Events was released on 12th February 2012. The album includes the singles Next to Me, Daddy and My Kind of Love.

Before branching out on her own Sande had already had a taste of chart success having collaborated with rapper Chipmunk on his song Diamond Rings, and then with Wiley on Never Be Your Woman. She has also written for or collaborated with artists including Let Go, Let It Rain, Susan Boyle and Cheryl Cole.

Emeli Sande has been mentioned in our news coverage

Things To Do This Summer In London

Here are the latest Emeli Sande mixes uploaded to Soundcloud.

Do you promote/manage Emeli Sande? Login to our free Promotion Centre to update these details.