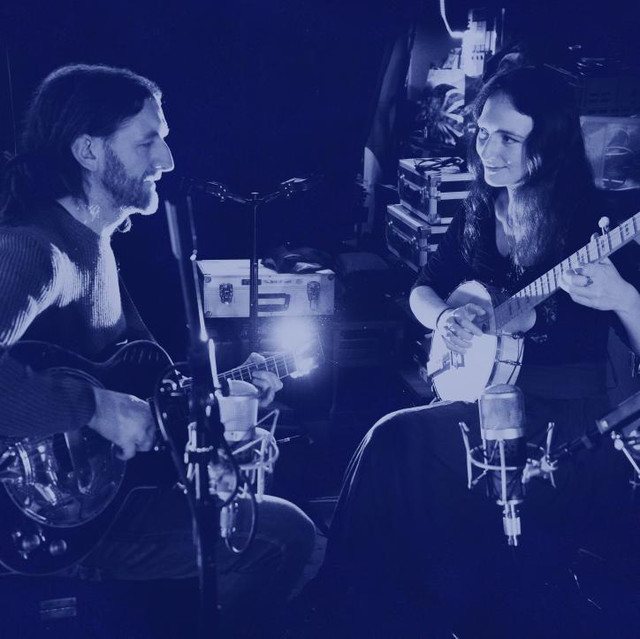 Edgelarks fly in on the tailwind of BBC award winning duo Phillip Henry and Hannah Martin. The pair's new project takes the roots of their previous work, from the traditional musics of the British Isles to Indian classical slide guitar to the stomping roots party of Phil's beatbox harmonica; adds a strong stem of original writing; and runs wilder with each repeat play.

The pair began their musical journey together living in a small caravan in the hills near Exmouth, Devon. Phil had just returned, Chaturangui in tow, from studying slide guitar in India with the master musician Pandit Debashish Bhattacharya. Phil and Hannah then met playing in alt-roots outfit The Roots Union, travelling from festival to festival, tent to tent, wandering the highways, byways, and old forgotten pathways of these islands. They followed in the footsteps of the ancient troubadour tradition, picking up tunes, songs and stories along the way. Spotted busking on the seafront at Sidmouth Folk Festival by champion of independent music Steve Knightley, they soon found themselves touring nationally, supporting the likes of Show of Hands and Seth Lakeman, and eventually winning the prestigious Best Duo award at the 2014 BBC Folk Awards.

Extensive international touring followed, from Japan to South Africa, Canada to Australia. Collaborations saw them team up with Peter Knight (ex Steeleye Span) to form the Gigspanner Big Band; and join Show of Hands as part of their Wake the Union band for a very special show at the Royal Albert Hall on Easter Sunday 2017.

Edgelarks hasn't been mentioned in our news coverage

Here are the latest Edgelarks mixes uploaded to Soundcloud.

Do you promote/manage Edgelarks? Login to our free Promotion Centre to update these details.