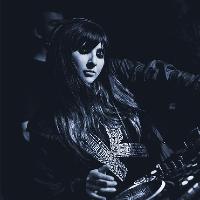 Manchester DJ & producer Djinn has been a regular player on the UK & North West underground scene since 2004.

Over the years Djinn has dropped her distinctive selection at countless events across the UK & represented internationally since 2007; playing in countries such as The Netherlands, Belgium, Switzerland, Spain, Croatia, Romania, Sweden, Germany, Czech Republic, Poland, Ireland, Turkey, Canada, USA & the UAE.

Djinn has been mentioned in our news coverage

Here are the latest Djinn mixes uploaded to Soundcloud.