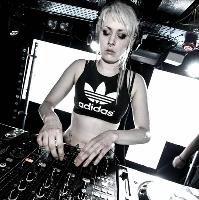 Dutchie is a female DJ from Southend, Essex who has had a keen interest in Drum and Bass since the age of 12.

At the start of 2015 she signed up to DJ Blackley's mixing lessons and after 2 months she found herself progressing at a rapid pace. She uploaded a mini-mix on Soundcloud to show a few friends and was shocked to see the listens come in the hundreds. From there she gained the confidence to upload more mixes on Soundcloud, with one reaching listens within the thousands.

8 Months after beginning to learn she was invited to guest on the triple award winning Drum and Bass radio station Rough Tempo on peak-time shows Panik and the Lady V-Dubz Show. From there it was inevitable that she would become a Rough Tempo Resident. She now appears fortnightly on the Panik show at 11-1am on Friday night's alongside MC's Walker, Banton, Kruze, Jemg and S Dot plus guests as well as guesting on others on the station such as The Sunday Showdown run by DJ Vex.

Dutchie has also guested on other prime stations such as Origin, where she has worked with MC Bellyman. Their first show left them speechless, the views on the facebook live stream reaching little short of 60,000. Their latest show stream has reached a showstopping 87,000 views, over 1000 shares and an unbelievable 4.5k comments.

She is also set to play the GTO show in the future on the station with a newly established crew Girls Take Over, with award winning female Drum and Bass DJ Lady V-Dubz and other talented female DJ's and MC's in the game such as Lady Niki, Lady Y-Len, Iffy, Kiss, Enamie and many more.

DJ Dutchie has been mentioned in our news coverage

Here are the latest DJ Dutchie mixes uploaded to Soundcloud.

Do you promote/manage DJ Dutchie? Login to our free Promotion Centre to update these details.